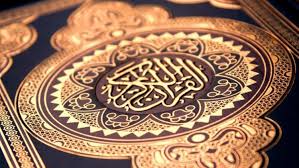 Islam recommends the Muslim husbands that it comes under their duty to give their wives their Mahr. Mahr is not just some amount or anything paid in cash but it is the right of every wife.

What is Postponing of Mahr?

However, it is a very common practice among today’s Muslims where the amount of Mahr is divided into two parts. Out of the two portions, one is advanced portion which is paid at the time of executing Nikah. The latter half portion is postponed to the time of death or divorce whatever takes place earlier between the two spouses.

Postponing the Mahr in this manner is not an act that is liked by Allah or had been recommended by our beloved Prophet (Peace be upon him). Such habit is developed and is only a form of innovated inconvenience that is a clear deviation from the normal practice. The normal practice in Nikah is to offer the best you can at the time of Nikah or as soon as possible as discussed in  our our previous blog. If any other practice is followed then it only means that the true meaning of Mahr is lost. It results in the loss of faith and intimacy that the wife feels with her husband soon after their Nikah.

Indeed it is advised to listen to the rules that have been set by Allah for us. They are meant for the good and harmony of us. It is sure that following the Sunnah practices will bring the peace and happiness in our marriages.