The woman’s Wali in Islam 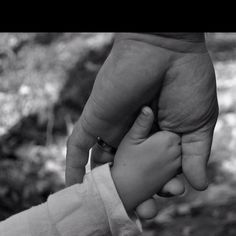 Nikah in Islam is fulfilled by the important role of the Wali of the woman. Islam underlines the specific Nikah rulings regarding the woman’s Wali. A woman in Islam may not independently give herself in marriage. The Wali of the woman who is basically her guardian should take the responsibility of representing her during the time of her Nikah. The Wali needs to take her permission if she is a virgin before taking the final decision concerning her marriage. Otherwise, the Wali must follow her instruction.

In one of the Hadith, Allah’s Messenger the Prophet (Peace be upon him) said,

“A marriage contract is not valid without a wali.”

So, this Hadith clearly says that to make the Nikah valid, the presence of Wali is one of the necessary conditions.

Who is a Woman’s Wali in Islam?

Considering the normal circumstances, the woman’s Wali is generally her father. In case the father is not there, then the role of Wali is played by her next closest mahram who includes her grandfather, son, brother, uncle, etc.

There might also be a situation when the closest relatives of the woman are not Muslims. In case if they are non-Muslims then they cannot be regarded as her shari guardians.

“Allah will never grant to the unbelievers a way of authority over the believers.”

When all her close blood relatives are non-Muslims, then the Islamic authority appointed by the ruler or judge would appoint a Wali for her. In a lot of non-Muslim countries, the local Imam of a Muslim community carried out the duties of an Islamic judge and so becomes the woman’s wali.

Allah’s Messenger the Prophet (Peace be upon him) said,

“A marriage contract is not valid without a wali. And the Islamic authority is the wali of the one who does not have a wali.”

Can a woman be another woman’s Wali?

Many of us are confused about the status of a woman as being the Wali. In Islam, a woman may not take another woman as her Wali.

Allah’s Messenger the Prophet (Peace be upon him) said,

Thus, the importance of  a Shari Wali is to be remembered by every Muslim. The knowledge that helps you should be shared. This week our blog articles will illuminate the topics related to the woman’s wali in Islam.

We would love to write on the topics that you are interested in. Let us know in the comments below.